Our offices are open by appointment only.

The eyes are the windows to the soul, but also one of the first areas to show signs of aging. Small wrinkles, droopy lids, excess skin, and bags under the eyes can make one appear tired or older than our age. Often, as the skin droops, our vision is even affected. Excess skin on the eyelids also often makes one feel tired at the end of the day. These changes often appear as early as the late 20’s.

Blepharoplasty (eyelid rejuvenation surgery), can turn back these signs of aging and make your eyes appear brighter and refreshed. By removing excess skin and fatty deposits, your eyelid is restored to a more youthful appearance. In addition, if your field of vision is being affected, you may see better following a blepharoplasty procedure. 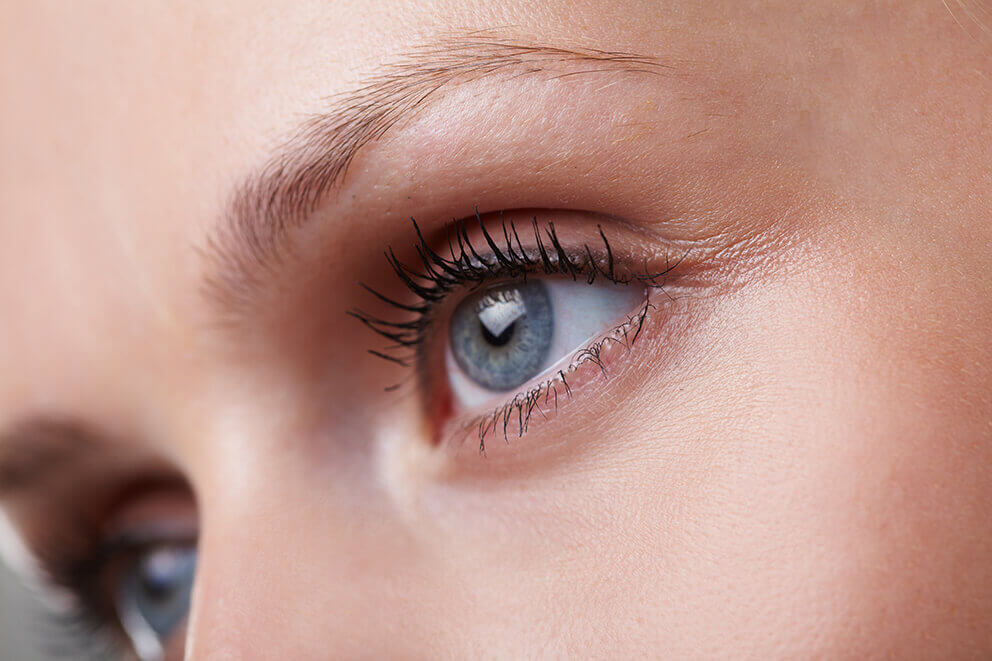 “I cannot believe I waited to have my eyelid surgery. In my early 30s, I noticed my eyelid skin was wrinkling when I put on makeup. At the end of the day, my eyes felt and looked “droopy” and I felt very tired from the skin resting on my eyelashes. Once I had my blepharoplasty, I immediately looked younger and felt great- even at the end of the day- I didn’t look or feel tired any longer! My advice to anyone considering eyelid surgery is…
Don’t wait!”

At Grand Rapids Ophthalmology, we are fortunate to have doctors who specialize in cosmetic and reconstructive surgery of the eyelids. Our doctors perform both cosmetic eyelid surgery for patients interested in a more youthful appearance and reconstructive eyelid surgery for patients with medical problems that affect their eyes such as thyroid eye disease.

Our doctors can restore a more youthful appearance to your eyes by performing the blepharoplasty procedure to correct:

Since blepharoplasty is not a stock procedure, operating times will vary with the extent of changes and scope of the operation.As a general guideline, performing upper or lower blepharoplasty alone takes about 45-60 minutes, while having them both performed together takes about 90 minutes.

Blepharoplasty is routinely performed under local anesthesia with oral sedation. Most patients report little or no memory of the procedure.Compared to general anesthesia, local anesthesia is associated with less bleeding, increased safety, enhanced precision, and faster recovery.

Since the anatomy and health of the eyelids and surrounding face varies person to person, every operation must be custom tailored to fit the needs of the individual.

Since eyelid skin is thinner than that on the rest of the face, the eyes are usually the first facial component to demonstrate a noticeable age-related loss of attractiveness.A person who is physically and psychologically healthy is ready to consider blepharoplasty whenever the effects of Mother Nature or Father Time bother him or her enough that an improvement is desired.

Puffy eyelids look just as bad on a man as they do on a woman.In today’s competitive and youth-oriented world of business, both men and women have come to appreciate that while they may be well-qualified, their appearances matter.

No. Most semicircular rims of depression are the result of a relative deficiency of bone along the upper cheek with secondary sagging of the cheek’s fat pockets and muscles.Since the indentation (often called a “tear trough”) is not caused by an eyelid or orbital deficit, blepharoplasty does not correct. Injection with a commercial filler is the most common treatment.

The following information is for Dacryocystorhinostomy and Orbit Repair patients only:

Eyelid hollowness is not the same thing as cheek hollowness, a tear trough, or dark circles, all of which are much more common conditions. If the lids themselves have become hollowed due to insufficient fat volume following overdone blepharoplasty or aging changes, they can sometimes be re-inflated by grafting fat into the socket around the eye.

If you are shopping price, be aware that some offices quote only the surgeon’s fee by telephone, excluding such extras as operating room, anesthesia charges, etc. While cost is obviously important, the quality of your care and outcome are most crucial. To learn more about blepharoplasty costs contact our office for an appointment.

The majority of patients report mild aching or burning, which is usually well controlled with Tylenol and cold compresses.

Sun damage, smoking, stretching from swelling or obesity, and the wear and tear from blinking and rubbing all contribute to a gradual deterioration in the eyelid’s tissues and their support. By far, however, the most important variable is one’s heredity expressed over time.

Most patients experience moderate discoloration that is gone within about ten days. Swelling peaks on the morning after surgery. While it mostly resolves over the next two weeks, a small amount may persist for several months or more.

While most normal tasks can be resumed within two days, too much activity during the first week will increase swelling. Strenuous activities should be avoided for two weeks or more. Most people prefer to lay low for several weeks.

Yes, but not drastically. Conservatism is key.

Compared to procedures designed primarily to fight the effects of gravity (face lift, brow lift, etc.), blepharoplasty lasts a very long time. In the majority of patients, cosmetic eyelid surgery is performed only once. Everyone has heard about the unlucky patient who undergoes a face lift and experiences a wonderful result only to sag all the way back to his or her starting point within a couple of years. It is only natural, then, to wonder how long the improvement from another sort of lift — an “eyelid lift” — should be expected to last. In contrast to a face lift (in which surgery is directed primarily against the gravitational effects of aging by reinforcing and lifting sagging tissues), not much is truly “lifted” in a so-called “eyelid lift”. The term is unintentionally misleading and used only to draw an analogy between the well-known cosmetic operation used on an aging face and the primary cosmetic procedure used on the eyelids.

“Blepharoplasty” is the better term. Blepharoplasty differs from face and body lifts in several important ways: – Blepharoplasty is directed more against the influence of heredity on the eyelids than against the effects of gravity. The main determinant of eyelid “sagging” and “bulging” is not so much g-forces as it is a loss of tissue elasticity that comes hard-wired into your genes and then expresses itself during the late thirties and early forties.

The surgery to restore an eyelid to its normal contour is, therefore, not so much of a losing battle against the immutable laws of Newtonian physics. – Tissues placed under tension will invariably stretch, a trait that makes many reconstructive operations possible. While a face lift does indeed place tissues under some tension, a well-done blepharoplasty should not. One of the main determinants of “recurrence” is thus avoided. – Once hereditary deficiencies have been reversed, they show much less of a tendency to re-express themselves than do changes that are determined primarily by gravity (which disappears only in outer space). – Eyelid fat does not “grow back,” even with weight gain. While it is possible for additional socket fat to eventually work its way forward into the eyelid, it will almost never reaccumulate to the degree that predated the blepharoplasty.

Many people, in fact, experience the opposite effect with age– that is, a gradual loss of fat. What all of this means is that blepharoplasty yields a longer lasting result than most other cosmetic operations. The vast majority of patients will undergo blepharoplasty only once. While many articles on cosmetic eyelid surgery quote durations like “ten years” to describe longevity, we know of no data to support such statements. There is an old saying about plastic surgery: it can turn back the clock, but it can’t stop it. So, some of the luster of the original blepharoplasty should be expected to be lost with time. Rarely, however, does the full-blown operation ever need to repeated (unless, of course, the first surgery was undertaken at a very early age). Any sort of later “touch-up” is usually quite conservative.